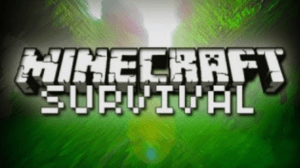 KASTCRAFT is a survival server, however, unlike other servers, it remains simple, keeping the server updated and with monthly events.

Its main feature is that it focuses on the community, through voting and surveys on the status of the server.

It also has a unique land claim system and the economy is based on labor.

The IP is the following: play.kastcraft.net

The Discord channel is: https://discord.gg/zQhtM6b

It is a server that has its beginnings in 2018, oriented to survival mode.

Among the main characteristics of the server we find:

But what surpasses the other servers, is the healthy and friendly community that it has. On this server the players support each other and even have sub-communities so that the main chat is not filled with messages.

About 100 players online at a time create a great community and a lot of chat all the time. There is plenty of open terrain to build your base on all worlds to join.

If you don’t like one world, you can easily join another with other players.

Overall, there is a lot to do and so many friendly players to play with!

Join  other players on Play.SurviveWith.Us

Horizons It is a server that has not undergone changes since it was started. It is a whitelisted SMP Vanilla server, with great gameplay difficulty and a lot of ground to explore.

This community gathers a very talented audience, with experienced and really friendly players, being a very healthy and friendly community.

To enter this server you have to be on the white list, for this you must join through discord https://discord.gg/vrKzdj9

MatureCraft is a server for adult audiences, focused on survival, SMP, white list and semi vanilla.

It is a server that began in May 2019, only with a mature audience, as long as it is over 18 years old and has an appropriate behavior in the community, eliminating toxic or unpleasant people.